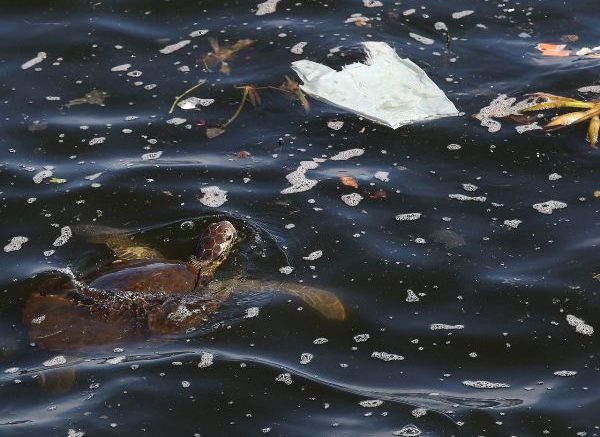 The Council of the European Union has taken an ambitious step towards slashing plastic pollution when it formally approved measures that effectively ban the most frequently-littered single-use plastic items in all EU Member States from 2021.

On Tuesday, the Council of the EU adopted a directive that contains a series of measures to crack down on mainstream throwaway plastic items and aims to “place the EU at the forefront of the global fight against marine litter”.

The measures, which EU Member States including Portugal will have to introduce by 2021, also aim to tackle abandoned fishing gear and oxo-degradable plastics.

The Directive comes into force 20 days after its publication in the Official Journal of the European Union; Member States will then have two years to transpose the legislation into national law.

Among the measures contained in the directive are a full ban on selected single-use products made of plastic for which alternatives are already available on the market.

These include cotton bud sticks, cutlery, plates, straws, stirrers and sticks for balloons, as well as cups, food and beverage containers made of expanded polystyrene, and on all products made of oxo-degradable plastic.

The directive further foresees measures to reduce the consumption of food containers and beverage cups made of plastic and specific marking and labelling of certain products.

Extended Producer Responsibility schemes covering the cost to clean up litter, applied to products such as tobacco filters and fishing gear, are also contemplated in the new rules, as is a 90 percent separate collection target for plastic bottles by 2029 (77 percent by 2025), along with the introduction of design requirements to tether caps to bottles.

On top of that, another target is for polyethylene terephthalate (PET) bottles to incorporate 25 percent recycled plastic as from 2025 and 30 percent in all plastic bottles as from 2030.

The move is widely regarded as the last step in the fight against single-use plastic pollution, namely marine litter, a topic that has increasingly hogged the environmental spotlight in recent times.

Throwaway plastic goods currently account for about half of all marine litter found and accounted for on European beaches.

In a statement on the European Commission (EC)’s website, First Vice-President of the EC Frans Timmermans, responsible for sustainable development, said: “There is a growing sense of urgency in European society to do whatever it takes to stop plastic pollution in our oceans. The European Union is responding to this clear call of our citizens.

“The new rules adopted [on Tuesday] will help us to protect the health of our people and safeguard our natural environment, while promoting more sustainable production and consumption”.

He added: “We can all be proud that Europe is setting new and ambitious standards, paving the way for the rest of the world.”
Karmenu Vella, Commissioner for environment, maritime affairs and fisheries, concluded: “Plastic straws or forks are little objects but can make great, long-lasting damages.

“The single-use plastics legislation will address 70 percent of marine litter items, avoiding environmental damage that would otherwise cost 22 billion by 2030”.

Ms. Vella described the new directive as “European legislation at its best.”

Earlier this week the Azores’ Regional Secretary of the Sea, Science and Technology, Gui Menezes, revealed that every year, between 10 and 12 tonnes of marine litter – especially plastic – are removed from the Portuguese islands’ coastal areas.

Mr. Menezes’ comments came as the Azores launched a campaign titled ‘Zero Waste’, which is being rolled out across the archipelago to raise awareness regarding plastic pollution.